What Areas Do We Serve? 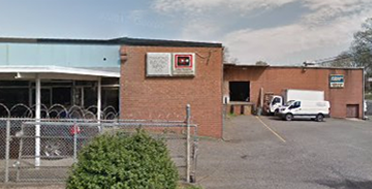 Diamond Electric Supply is an electrical supply company that provides the highest quality parts and services to our customers. Since 1965, our company has been serving North Carolina and we are currently located in Gastonia, NC. We serve many areas including the Mecklenburg County, Gaston County, Lake Wylie and Lake Norman areas.

Mecklenburg County
Mecklenburg County was founded on November 6, 1762, and has been growing exponentially ever since. Its largest city is Charlotte, which was incorporated in 1768. Charlotte, North Carolina has coined many nicknames including “The Queen City”, “The QC”, and “The Hornet’s Nest”. The Nickname, “The Queen City” came from Charlotte of Mecklenburg-Strelitz, queen consort of Great Britain the year before Charlotte’s establishment. “The Hornet’s Nest” nickname came from General Charles Cornwallis as he wrote that the city was “a hornet’s nest of rebellion”. Uptown Charlotte is known for their beautiful skyline and for hosting the buildings of Bank of America, Wells Fargo, Duke Energy, and more. Charlotte also has many green spaces, religious viewings, a thriving economy, diverse culture, and large sports teams.

Gaston County
Gaston County was founded on December 21, 1846, and obtains a population of approximately 206,086. The largest city found in Gaston County is Gastonia, which is the second largest satellite city of the Charlotte area. Gastonia and surrounding areas feature several noteworthy artistic and cultural attractions. The Schiele Museum, the Daniel Stowe Botanical Gardens, the U.S. National White-Water Center, and Crowders Mountain State Park are a few of the many notable attractions in and near Gastonia, North Carolina. Gastonia lives by the motto, “Great Place. Great People, Great Promise.”

Diamond Electric Supply values customer relationships and will always work to provide the best services. Our company has established a customer-supplier relationship with many local textile plants, allowing us to find any product our customers desire. We proudly serve many areas including Mecklenburg County, Gaston Country Lake Wylie, and Lake Norman. To learn more about our products, browse our website and contact us today to join the Diamond Electric Family!